A series of twelve anthropomorphized figures that address a variety of relationships between humans and other animals. Each wooden cabinet depicts an animal idiom (such as “pigheaded” or “harebrained”) on the outside, with text and images describing how humans typically treat that animal on the inside (such as pig factory farming or vivisection.)

Prejudice is based upon many biases, often including race, gender, nationality, or species. In each case, a line is drawn placing one group above the line and others below. Speciesism involves placing humans above and other species below. Nobel Laureate Isaac Singer calls speciesism the most extreme form of discrimination, and as unjustified as racism, sexism, or religious intolerance. I am no saint nor expert on this topic (nor in any other realm, for that matter!) I approach speciesism as an artist and a consumer, offering insights into some human/animal interfaces for you to ponder, and perhaps to act upon. 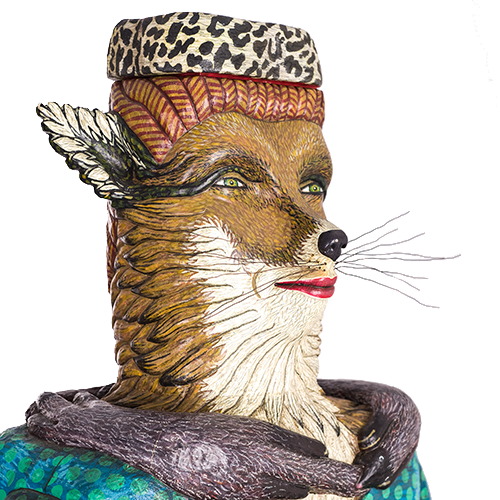 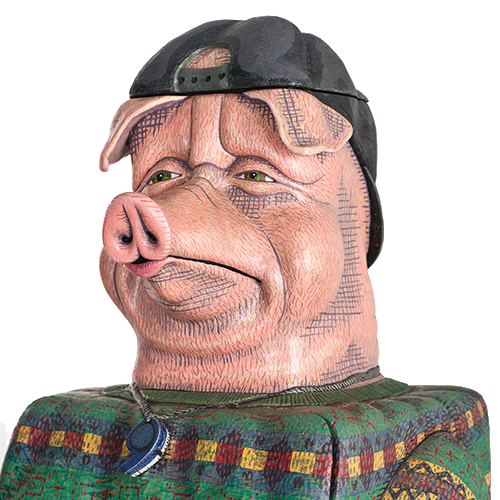 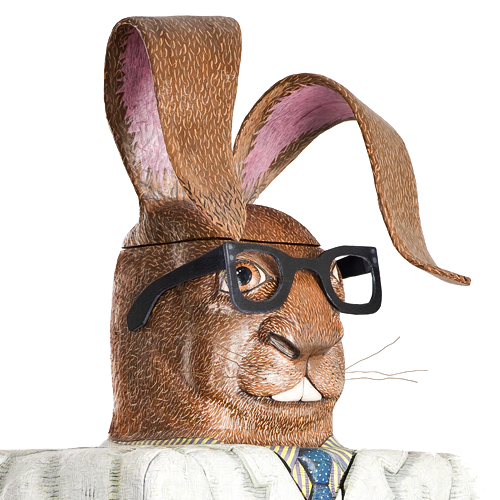 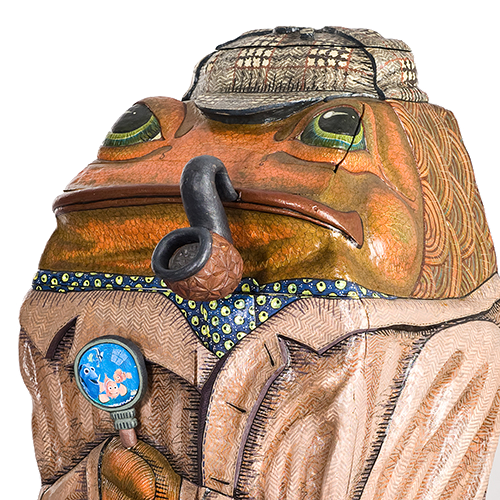 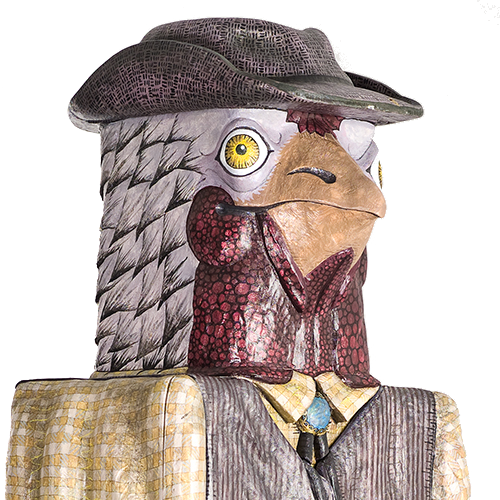 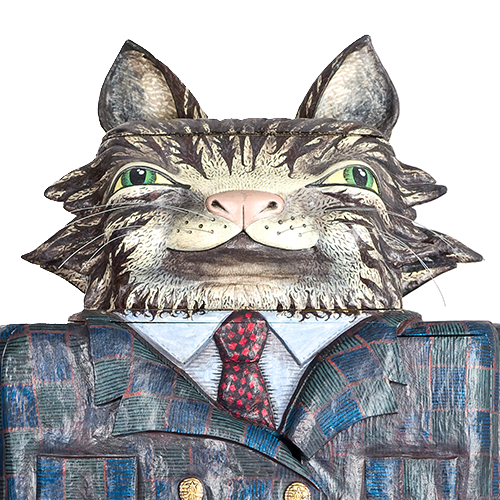 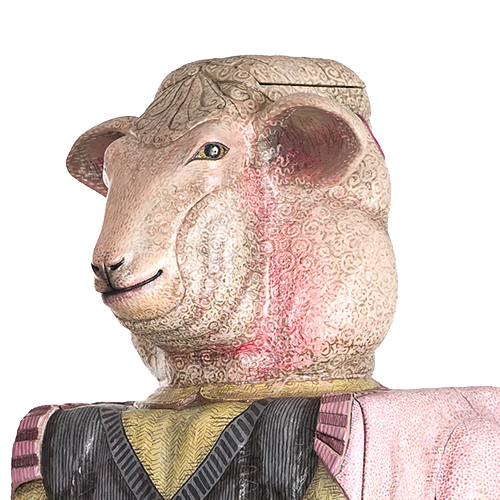 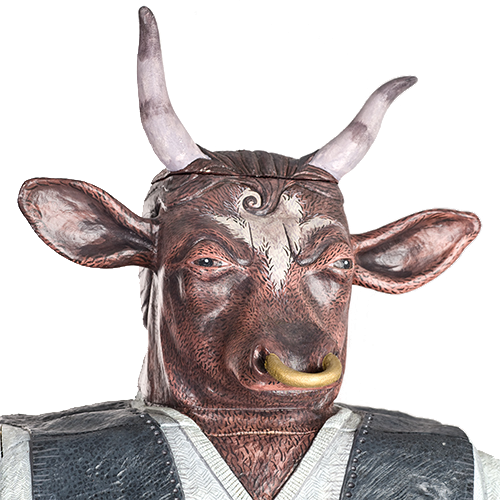 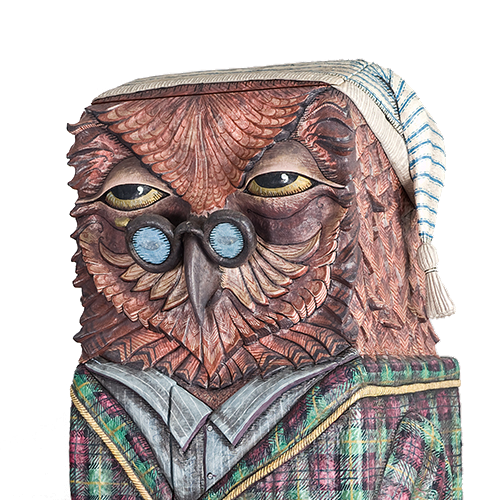 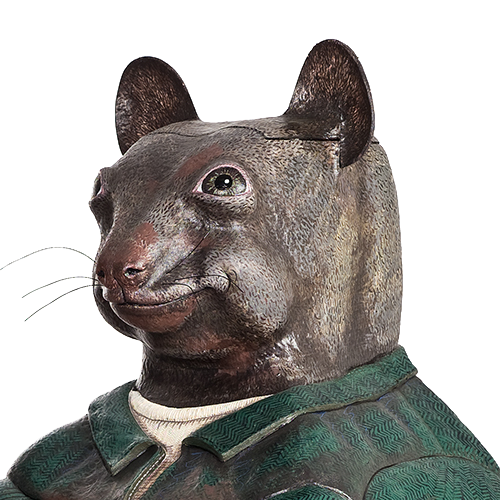 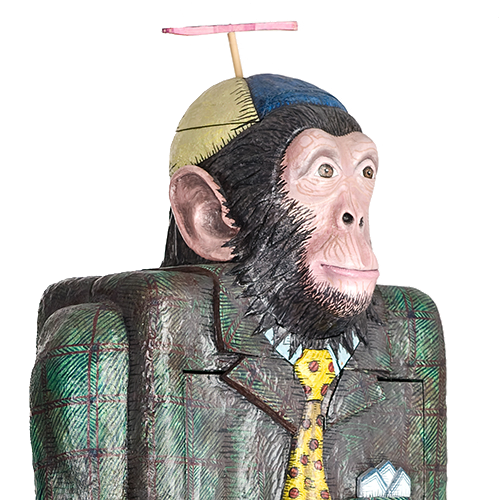 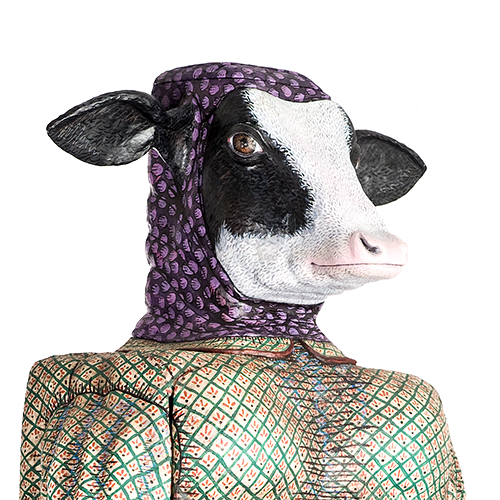